Bloomings Montessori plus is a true  BILINGUAL MONTESSORI (French and English ) preschool built on pure passion and the dream to see children blossom and explore the world using their inner creativity in a thoughtfully PREPARED environment as they become lifelong learners, responsible and engaged citizens of the world . BMplus achieves this by using the time tested principles of Dr. Maria Montessori.

Our founder, Lady Adepa Henewaa Opoku Gyemfi, a passionate Montessorian, teamed up with Rana Torbay Kort, a qualified Montessorian who has close to 19 years experience of working with children from 0-6 years, to make this dream a reality.

Bloomings Montessori Plus is also a member of Montessori Europe, a body of organised Montessori community in Europe.

We consider our school to be a nurturing nest for children from all walks of life because we aim at educating them to be GLOBAL CITIZENS.

We are a member of the South African  Montessori Association.

In April 2003 at SAMA’s inaugural AGM, the association was constituted with the mandate to unite Montessori professionals across Southern Africa by encouraging global best practice in Montessori methodology.

Montessori schools are individual, unique and separate entities.  “MONTESSORI” is not trademarked, therefore SAMA endeavours to promote and protect the interests of its members, be they institutional or individual.

SAMA is the official liaison between its member body and government departments through their membership with NAISA (National Alliance for Independent school of South Africa); including ECD chambers of government as well as the Department Social Development (DSD) and the Department of Basic Education (DBE). This representation is paramount in keeping the best practice and integrity in member Montessori schools.

AMI was founded by Dr. Maria Montessori in 1929 to maintain the integrity of her life’s work and to ensure that her philosophy and approach to education would be carried on as she intended. Dr. Montessori’s goal was to foster the full development of the human being.

AMI’S Global network empowers teachers and communities through a holistic approach of Maria  Montessori, helping all children become truly capable and productive individuals by focusing on their moral, behavioural, emotional and intellectual development. A school or teacher training program that carries the AMI name is continuing the tradition of quality first established by Dr. Montessori, a tradition that incorporates standards based directly on Dr. Montessori’s work.

Bloomings Montessori Plus has a passion for nurturing children to become lifelong learners, responsible and engaged citizens of the world by using the time tested Montessori philosophy and approach to education, therefore we have partnered Children House -South Africa to provide us with the highest standard of Montessori Materials. 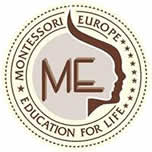 Bloomings Montessori plus is also currently a member of the Montessori Europe Organisation .

Montessori Europe was set up as an organization to enable and encourage Montessori pedagogy at political, social and educational levels throughout Europe and abroad.

The organization’s mission is to be a hub for Montessori education. Montessori Europe organizes networking, collaboration, exchange, mutual support and create synergy as well as increase motivation for members.